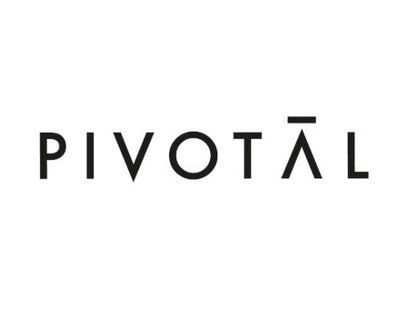 Northern Ireland is unprepared for a fast-changing world and faces serious problems unless there are big changes in policy, according to a report published today by a new local think tank.

Our problems include a health service in crisis, a schools system that fails many children, and a struggling economy that lags behind much of the UK. Currently one in four local children live in poverty, division between communities remains entrenched, and we are making few plans to help tackle climate change.

Pivotal is the only independent think tank in Northern Ireland. Its first publication, Moving forward – putting Northern Ireland on track for the future, examines the significant issues facing us.

Ann Watt, Director of Pivotal, said: “This report shows just how urgently Northern Ireland needs new thinking and new policies. We have serious problems in areas like health and education where long-term issues are coming to a head. Crises like a crumbling health service, and schools going over budget, are not on the horizon – they are here. We have had no government for almost three years and uncertainty around Brexit continues. Most of our political discussion focuses on those issues – which are, of course, important – but unfortunately at the same time our other problems are getting worse. There is an election in a few weeks and, although the polls concern Westminster rather than Stormont, I look forward to our local parties’ manifestos, and their visions for the change we need.”

The economy – NI has the highest percentage of low-paying jobs of any UK region, and is one of only three regions with more jobs paying poorly rather than well. Our rate of economic inactivity is the highest in the UK, at 25.8% – meaning over a quarter of all adults are neither in work nor looking for work – and the gap between our public spending and the tax revenue we raise is £4,939 per year, per person.

Health and social care – demographic change means rising demand for health and social care. However, little has been done to make the structural changes needed to provide for these changes in demand. Today, the signs of crisis are clearly showing.
In March this year, there were 1,154 people who had been waiting over a year for planned care in England. In Wales that number was 4,176. In Northern Ireland, it was 120,201.

Only 5% of health spending goes on mental health provision, half the proportion spent in England – despite estimates showing instances of mental ill health are 25% higher in Northern Ireland.

Social care is stretched to breaking point, while demand continues to increase. Between 2018 and 2043, the numbers of people in NI aged over 65 and over 85 are projected to rise by 56% and 106% respectively. Over the same period, the overall population will rise by only 6%.

Poverty – children here are more likely to live in poverty than adults (one in four, vs one in five). Failures in the education and training systems contribute to persistent poverty across generations.
Northern Ireland has the highest percentage of children living in long-term workless households out of all UK regions – 13.6% of children, compared with the UK average of 8.2%. Children growing up in workless households are much more likely to have lower educational attainment, be unemployed, and live in poverty later in life.

Climate change – the world is in a state of climate emergency and there is a growing global movement for change involving governments, businesses and societies. Northern Ireland has yet to take a seat at the table.
A decade after the UK Climate Change Act, Northern Ireland has set no emissions targets – unlike Scotland and Wales, both of which set their own targets in addition to those for the UK as a whole – and enacted no legislation. Since the Act came into force, emissions here have fallen by just 9% compared with 27% across the UK in general.

Community relations – social division cuts across all policy and debate here. Key public services like education and social housing remain largely divided along lines of perceived culture and community.
However, division along sectarian lines is not the only issue we face. There is a racially motivated hate crime an average of three times a day, despite the relatively small number of people here from ethnic minorities or from other countries.

Ann Watt, Director of Pivotal, said: “Northern Ireland faces a lot of challenges and a new approach is needed to meet them. The purpose of Pivotal, as an independent think tank focused on good policy, is to help with that. Our first paper is the beginning of that process, highlighting major areas of need affecting people here in Northern Ireland. These need everyone’s attention, right now.”

In the coming weeks, Pivotal will release a paper looking at how to ensure good government here in Northern Ireland. Early next year it will launch Vision 2040, a flagship project looking at the kind of place people here want Northern Ireland to be in 20 years’ time.

As we are approaching the General Election 2019, almost every day we see reports of online abuse, bullying, misogyny and hatred.

Families are being threatened, victims of the Troubles re-traumatised and candidates across the political spectrum intimidated.

It is not acceptable. We are launching a small campaign in Northern Ireland as a gentle reminder that even if we disagree about everything, we can still be kind to each other.