TEDxStormont is back, taking place on Saturday, 17 September from 11am to 3pm at the MAC in Belfast’s Cathedral Quarter.

Organised along the theme of “Imagine” and supported by lead sponsor Ulster Bank, the event will feature 12 leading thinkers, innovators, artists, philosophers and entertainers from the UK, Ireland and the United States representing such diverse fields as technology, entertainment, visual and performance art, design, politics, music and education, among others.

Speakers will look forward and “Imagine” the kind of future we could have together as a society, here in Northern Ireland and beyond. The event will be compered by broadcaster William Crawley.

This will be the third time that TEDxStormont has taken place and due to popular demand has been moved out of Parliament Buildings at Stormont and will now take place at The MAC in  Belfast city centre. Over 250 guests have signed up already with nearly 300 expected on the day.

“We are really excited for our third TEDxStormont. Due to the demand for tickets we have had to move from Parliament Buildings at Stormont to The MAC in the Cathedral Quarter in Belfast which means we can give more people the opportunity to come and listen to some of the best speakers and ideas generators around.”

“The main thrust of TEDx is to develop ideas worth spreading. Since we started we have had over 50 speakers travel to Belfast to tell us what they think and give us food for thought about the society we want to develop in Northern Ireland.”

“This year we have some first rate speakers from as far as California and Boston, and also closer to home, so we will have a blend of experiences that will create a fantastic event.”

“The event has been made possible with the support from our sponsors and we must give a particular thanks to our headline backer Ulster Bank who has had the vision to support TEDxStormont. We also have to send out a massive thanks to our other sponsors who include leading law firm Mills Selig, Politics Plus, Lagan Construction, Digital DNA and Uber.”

“Our ambition is to be the most trusted bank for customer service, trust and advocacy – and one of the ways we’ll seek to achieve that is by encouraging the development of new and creative thought leadership in our local communities. That’s exactly what TEDxStormont will promote and it’s why we’re really pleased to be playing our part. There is an exciting and diverse range of speakers who are positioned to give real insight and so it is a great fit.”

To coincide with Community Relations and Cultural Awareness Week, the Centre for Democracy and Peace Building will host series of community screenings of ‘Born and Reared’ across Northern Ireland. It will include Q&As and workshops with film makers Hen Norton and Dan Dennison.

‘Born and Reared’ is a moving documentary that explores contemporary Northern Ireland, through the lives of four men living in the aftermath of violent conflict; a story about re-imagined identity of place and the fragility of masculinity.

Contextualised by the country’s past the film is firmly rooted in the Northern Ireland of today as a population struggles to come to terms with the horrors and the sacrifices of its past and the men turn to face a future defined by their hopes, rather than regret.

Filmed over a year with the men in and around their homes, the filmmakers focussed on the stories that took place long after the cameras had left the news story that was Northern Ireland.

In a society where masculinity has long been measured in violence and aggression, what happens to the identities of men when the Troubles end and the roles previously held are no longer accepted or needed?

This year’s Community Relations and Cultural Awareness Week will take place between 19th and 25th September, 2016.

Supporting the Together: Building a United Community strategy, it is an opportunity to celebrate all aspects of our culture and heritage, promote cultural diversity and tackle sectarianism and racism.

The Week provides a platform for organisations and groups from the community and voluntary
sectors, arts, culture, sport, education and the wider public sector to showcase innovative approaches to good relations and building a united and shared community.

The theme for this year is Building the Future Together and will focus particularly on youth and looking at how all members of our society can shape the future to be a positive space in which our diversity is celebrated.

You are invited to

“Coventry to Belfast: Journeys of Dialogue and Reconciliation”

This event has been organised by RISING Global Peace Forum in partnership with the Centre for Democracy and Peace Building and Corrymeela as a part of their regional programme.

Inspired and supported by Archbishop Desmond Tutu, the RISING Global Peace Forum was founded in 2015 by a partnership between Coventry University, Coventry Cathedral and Coventry City Council. As the UK’s City of Peace and Reconciliation, Coventry is uniquely placed to demonstrate both the catastrophic consequences of conflict and the transformative power of peace. It brings together political, faith and community leaders; peace-builders; diplomats; academics; the media; and members of the public in the common cause of provoking peace. The next annual gathering will take place from 15 to 16 November 2016 in Coventry. For more information please visit rising.org 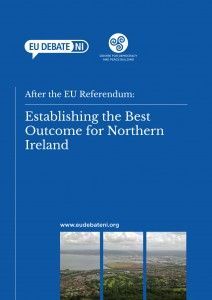 The Centre for Democracy and Peace Building (CDPB) launched the next phase of their EU Debate NI Programme this morning with an event hosted by Ulster Bank.

In partnership with Professor David Phinnemore and Dr Lee McGowan from Queen’s University Belfast, the Centre has produced a paper entitled “After the referendum: Establishing the best outcome for Northern Ireland”.

Following the decision of the UK to leave the EU, the paper explores where we are, the potential options for Northern Ireland and the issues that we must consider in NI as a result of this referendum.

Conor Houston, Programme Director at CDPB said “The decision of the UK electorate was to change the relationship between the UK and EU.  That is why CDPB are continuing our important work with EU Debate NI. Now more than ever we need to have an informed and inclusive conversation across the private, public and community sectors to understand the practical implications of the decision to leave the EU and how to achieve an outcome that is in the interests of all people.  This means carefully debating the kind of relationship we want to have with the EU and exploring new relationships with other countries around the world.”

He continued “CDPB acknowledge the support of the Joseph Rowntree Charitable Trust who have generously supported the EU Debate NI programme and without whom we would not have been able to continue our important work with this programme”. 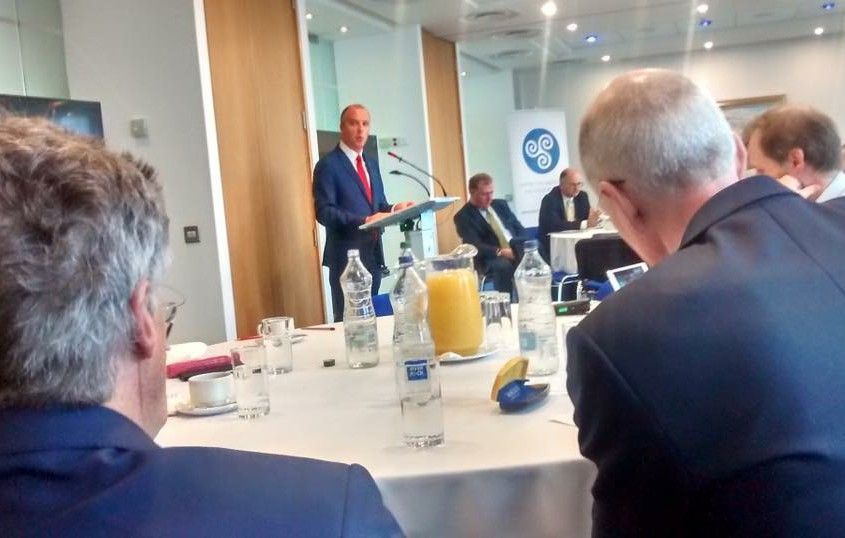 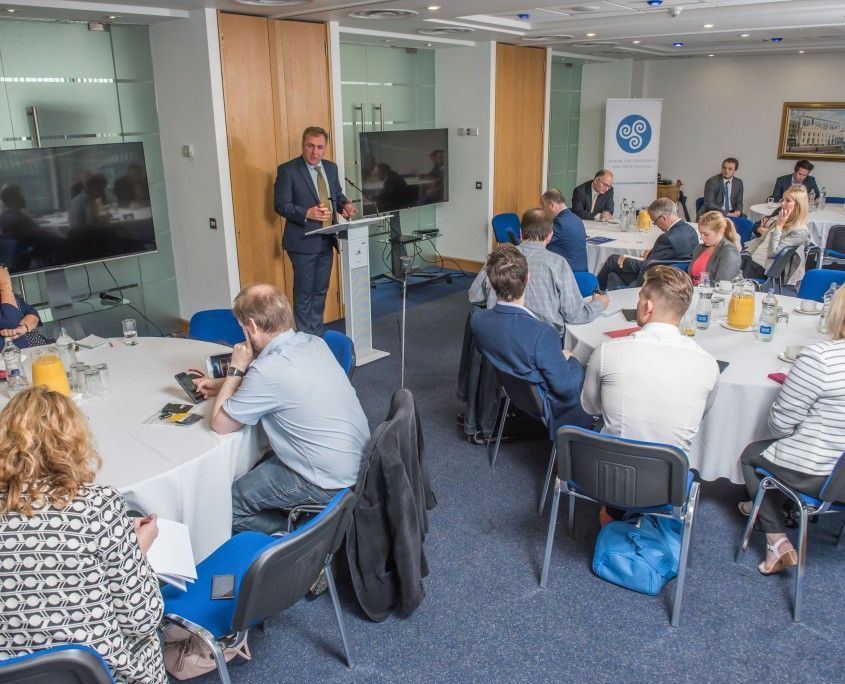 CDPB are currently developing an online toolkit allowing interested individuals and groups to understand the issues and to help host events that allow communities to consider the kind of relationships they envisage with the EU.

Professor David Phinnemore told an audience from across the private, public and community sectors: “The outcome of the EU referendum has created considerable uncertainty about the future of the UK’s relationship with the EU. It has raised questions about how any new relationship will be negotiated and whether and how it can satisfactorily accommodate the interests and preferences of the people of Northern Ireland. There are many issues at stake and many unanswered questions. It is important that the range of challenges is fully recognised, solutions identified and the priorities for Northern Ireland effectively promoted such that the best possible outcome to the prospect of Brexit is secured.”